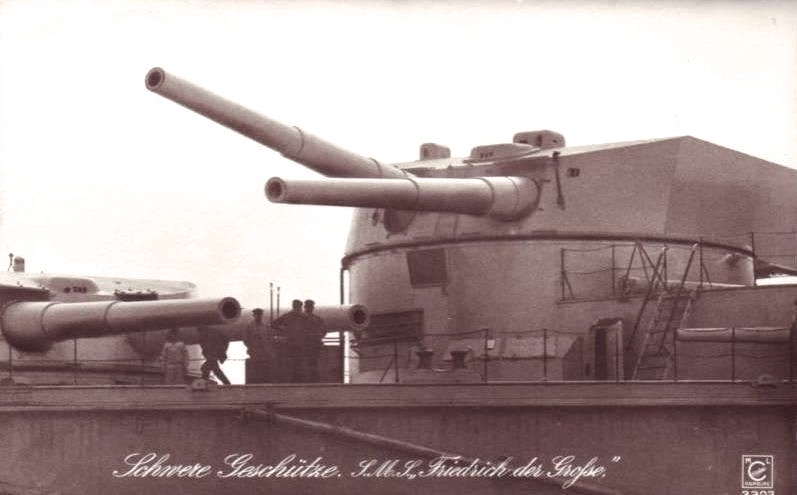 2nd in the battle line behind König. GK engaged Princess Royal at 21,000 yards after Scheer closed in at 17:45 to get the British battle-cruiser range. 18:00 shifted fire to Valiant "after the faster British ships began to pull away from their pursuers" (Wiki). Straddled her 4 times but incorrectly claimed a hit.18:09 GK hit by a 15" shell from Malaya or Warspite, The hell hit the water and impact around 85' from the bow. GK's secondary battery engaged a British destroyer(probably Moorson) and claimed three hits. Fired at 18:22 at Moresby but without any hits. After 19:00 fired at very close range at Defence which blew up and sank at 19:19. Then GK under fire from British battle line and hit 7 times 20:18 to 20:19, three of which were 13.5" shells from Marlborough. Barham or Valiant's 15" were the remainder. Destroyed the port side No.2 wing gun while the other hit the main belt causing 4 degree list after she took on around 800 tons of water (By the time she reached home waters, she'd taken on around 3,000 tons).In the night formation was the 15th ship. Attacked at around 02:45 by 6 british destroyers. GK managed to hit one with 15 cm fire (the Nessus) and disabled her boilers.