British coincidence range-finding equipment was supplied by Barr and Stroud, normally the nine-foot model (the FQ2). The larger 15-foot model (the FT24) was more suitable for the longer ranges of which British guns were increasingly capable. Because of the capability of the 15-foot model, the FT24 was first mounted on the 1912 Queen Elizabeth-class ships whose powerful 15-inch guns could range up to 24,000 yards. By 1915, 45 had been delivered; by the following year 84.

At the time of Jutland, in the Grand Fleet only the 15-inch guns on the Orion were supported by the 15-foot FT24. The majority of dreadnoughts were still using the smaller 9-foot model that had only been mounted on 20 dreadnoughts at the outbreak of war. 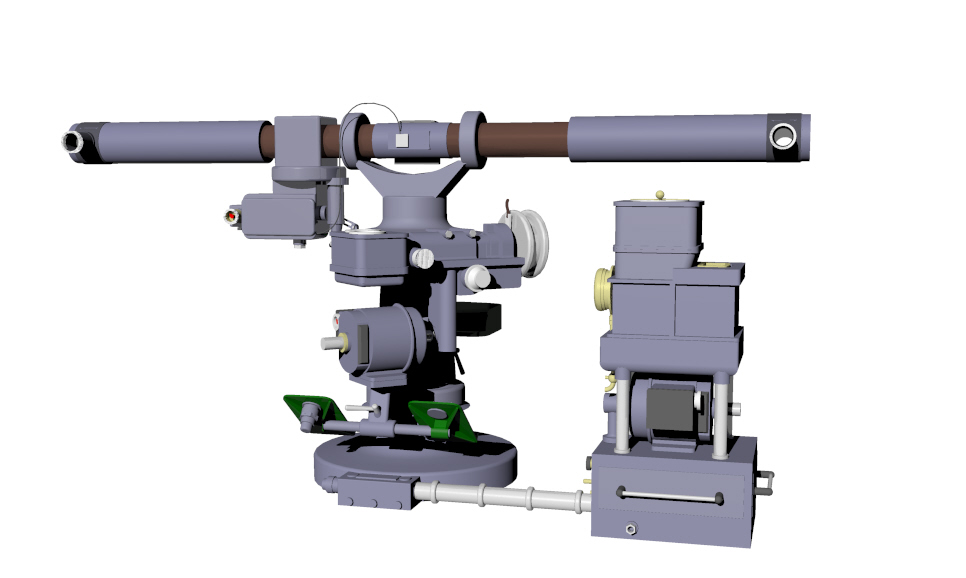 It is actually difficult enough using a hand-held coincidence range finder in ideal conditions: in sunlight, stationary, with no interfering cordite smoke blowing across your view. Imagine being on a rolling, pitching battleship in the mists or low-cloud conditions of the North Sea, with spray and shell splashes drenching you, with engine vibration thrown in for good measure. 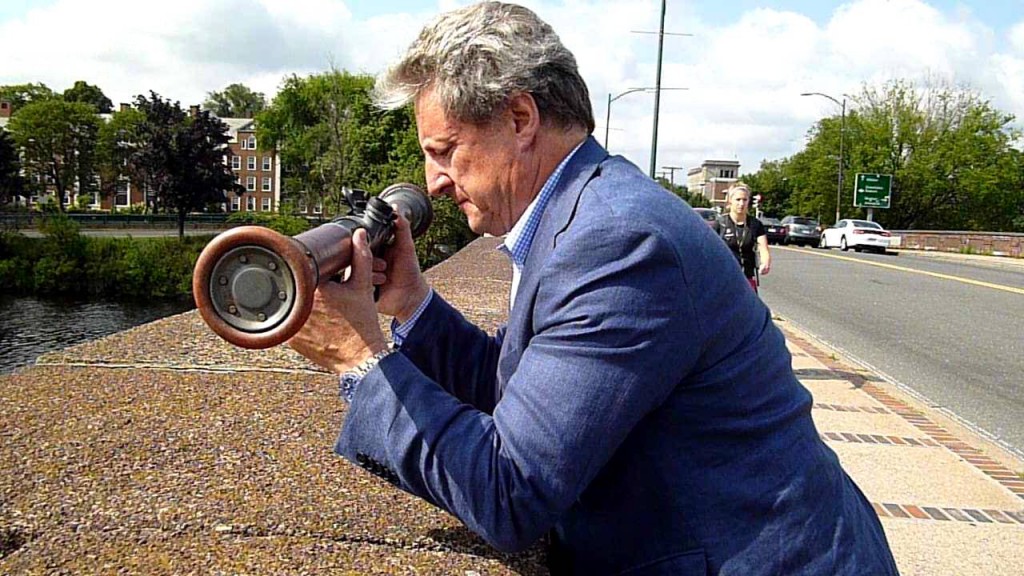 The author using a hand-held Barr and Stroud under perfect conditions. 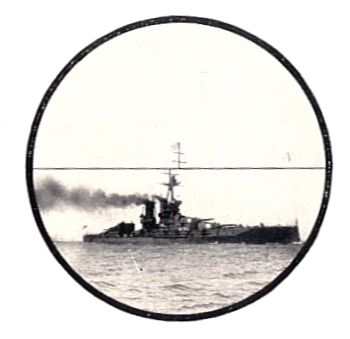 The Germans’ Karl Zeiss models were more accurate for initial range finding. Zeiss had – and still has – a formidable reputation in optics quality. For an operator to focus on a hazy object without hard, defined edges, Zeiss reputedly performed better; but the Barr and Stroud split-screen system – if provided with a hard, well-defined edge – worked well and caused less strain on the operator.

It was often remarked that at Jutland the Germans were better at finding the initial range but this fell off as the engagement wore on. The Tiger’s gunnery officer, Commander MacNamara, commented that the medium-powered Barr and Stroud glasses were far more effective than very high-powered glasses.

Now comes the second part: testing the ranges. The German “ladder” system of ranging salvos proved extremely effective and seemed, in the initial engagements, more quickly to range their adversaries. Their approach required salvos being rapidly fired from successive turrets while the shells from the previous turret were still in flight at ranges that were purposely separated by around 400 yards. They were then able rapidly to “ladder” up or down depending on “spotting”: the reading and plotting of shell splashes.

After Jutland the British were quick to adopt a variation on the “ladder”. The British system was changed to allow for two salvos to be in flight simultaneously towards a target – the first spread for deflection, the second for range. Director-firing methods were also implemented for secondary armament and the equipment was fitted with gyro stabilisation so that guns would be fired once the ship’s roll was neutral.

The system of establishing range is one issue. The other is course plotting. Here, we enter more deeply into one of the supporting dramas of Jutland that was mostly played out in the pre-war years: the battle between the rival systems of Arthur Pollen, who offered his services in monopoly to the Royal Navy, and Jellicoe’s flag captain on the Iron Duke, Frederic Dreyer.

Fed into the fire-control tables was information on the range and bearing of a target ship. Together with the firing ship’s course and speed these tables would compile the critical data needed to feed the mechanisms that set the gun elevations and bearings needed to hit targets that were constantly changing. This would give the gunners the critical information for a “firing solution”. 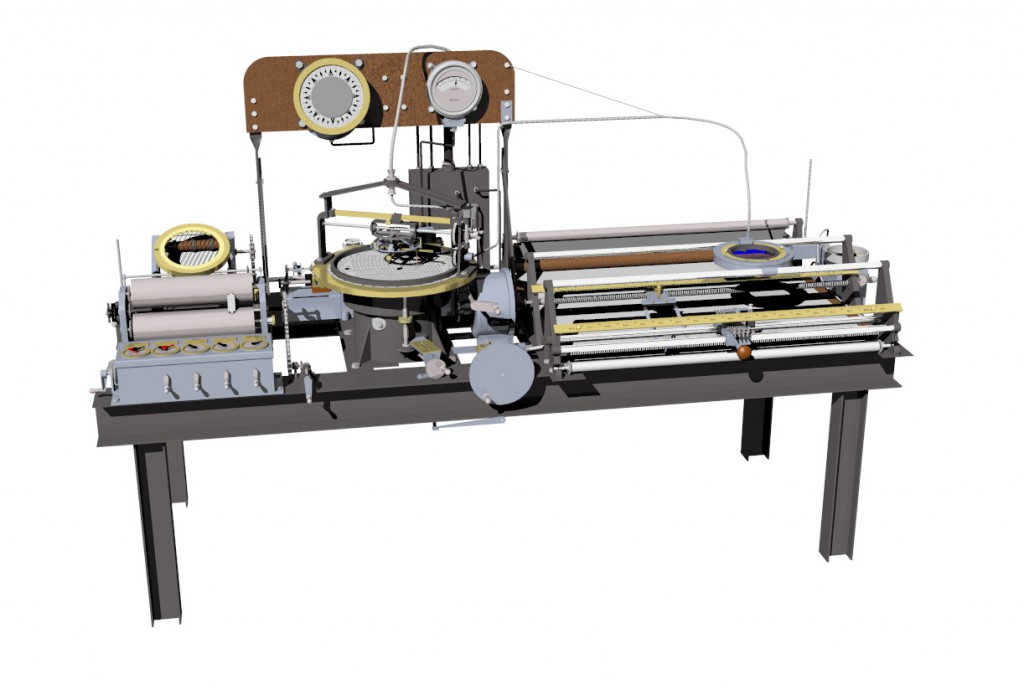 The “inventor” of this idea was, probably, Pollen. Much of his work was then copied by Captain Dreyer. In Dreyer’s model, range and bearing were plotted separately, while in Pollen’s approach these were a simultaneous calculation. Dreyer’s tables also used manual calculation of range.

Compounded into this were the instruments used by Dreyer, notably the Dumaresq, the manually set trigonometrical slide calculator that could use only a number of pre-set speeds. This was the system used on the Dreyer Mark I, which was incapable of adapting to rapid speed changes. 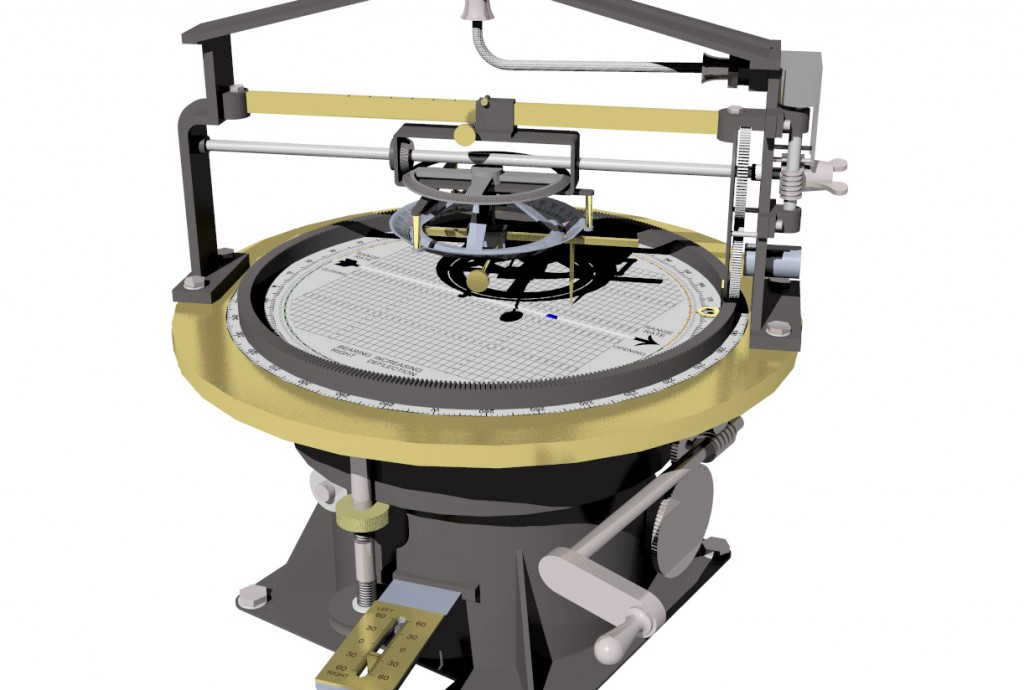 The Dreyer Mark II used Arthur Pollen’s Argo Clock Mark IV. This instrument mechanically combined the target’s and firing ship’s courses, bearing and speeds to present a firing solution. Only six Argo clocks were on British ships at Jutland. The Dreyer/Elphinstone clock was a copy that Dreyer and engineer Keith Elphinstone had taken from the plans of the Argo clock to which they had been given access. After this questionable action, the Admiralty was persuaded by the clock’s lower price tag. The Dumaresq was then used, first in the manual version on the Mark II, and in an electrical system on the Marks IV and V.

All British ships’ gunfire was controlled by a single master sight on the director tower, hence the system’s name. Here was mounted the Barr and Stroud coincidence range-finder system, normally the FQ2, while the 15-inch guns on the Orion were supported by the FT24. The system’s capability significantly deteriorated with a ship’s normal vibration. On the platform itself were four petty officers and 20 men; in the transfer room there were one petty officer and 12 men, in the switchroom one warrant officer and three gunnery mechanics, in the magazines one petty officer and 18 men, and in the cartridge magazine one petty officer and around 14 men.

The Dreyer tables were slow to enter service. At the outbreak of war only one was fitted in a 12-inch dreadnought, although they were then quickly installed in the rest. However, the Dreyer Mark I (actually a variant that used a Vickers rather than an Argo or Dreyer clock) was less reliable. Its simplicity made it easier to produce; but the same characteristic made it less reliable and particularly a problem at longer ranges. So by Jutland, while all the 15-inch dreadnoughts had the superior Dreyer clock, one-third of the Grand Fleet battleships and half the battle cruisers used the less reliable equipment type.

Turning to the German systems: Georg von Hase gave us a very useful description of how gunnery was organised on the Derfflinger. She was equipped with four 30.5-cm (12-inch) guns, mounted two aft and two forward, and, as was the practice in the German navy, they were named, from bow to stern, Anna, Bertha, Caesar and Dora. (On a British ship, the equivalents were the rather less romantic A, B, X and Y, with the occasional Q thrown in for good measure; A and B were the fore and X and Y the aft turrets; Q was a mid-turret.)

The secondary armaments consisted of 14 15-cm (6-inch) guns, mounted in equal numbers on each side of the ship. Ammunition was stored in around 50 separate magazines scattered throughout the ship. Organisationally, von Hase had three lieutenant-commanders, three lieutenants, four sub-lieutenants, four midshipmen, six warrant officers, and around 750 petty officers and men: around 50% of the entire complement of the Derfflinger, in fact. Each turret was under the command of a turret officer, normally a lieutenant-commander or lieutenant, a Stückmeister, to work the turret, and 75 petty officers and men.

The guns were controlled from what von Hase described as an “armoured chamber” forming the rear portion of the ship’s conning tower. During action von Hase worked the main guns from this position using an observation periscope to afford him some protection while the three gunnery officers were responsible for the secondary batteries, with a sub-lieutenant and three petty officers manning the range finder, and a further three petty officers on the director, and five men who were responsible for getting the orders to the various points of the ship. They did this through the transmitting stations that were directly below the conning tower, but below the Derfflinger’s armoured decks.

Range-finding equipment was provided by seven Zeiss stereoscopic finders that could measure accurately up to 200 Hm. Each finder had two Basisgerät men (“BG Männer”), one to read the range, the other to set the figures in hectometers on the gunnery telegraph. This was then sent to the BG-transmitter that took an average from all the reports. The German Zeiss three-metre range-finder system hugely magnified targets and could more accurately be used in hazy conditions. Combined with efficient “ladder” bracketing, the German system tended to find enemy targets more quickly; but in time, as operators reputedly tired faster with eye strain, German range accuracy fell off during engagement.

The Derfflinger also carried a new invention called the Entfernungs-unterschieds indicator (“EU Anzeiger”) that the first gunnery officer of the Lützow, Commander Günther Paschen, had designed. This system, the equivalent system to the Dumaresq, was, in its full name, the Entfernungs-unterschieds Peilschreiber. Ranges from separate stereoscopic range finders were averaged, passed to the transmitting station, combined with elevation data and sent to the gunlayers to calculate the required “deflection” for a successful shot. A clock, the AW-Geber C12, was used to keep the range-rate data.