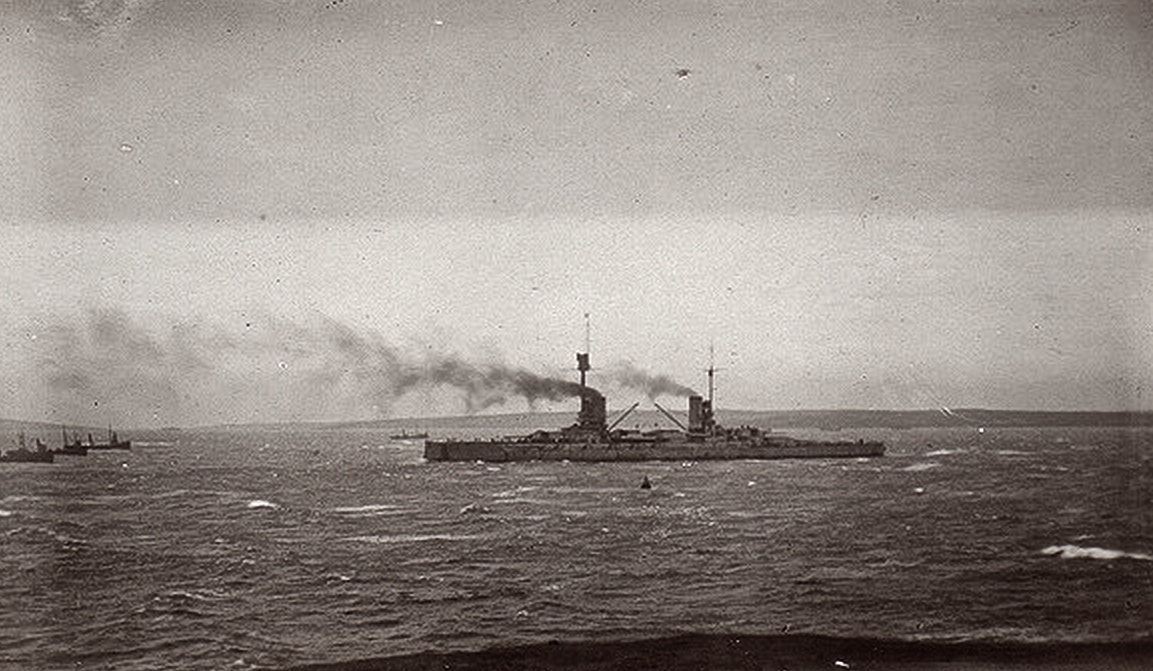 All action times are CETIn the VI Division of the III Squadron, Kaiserin was 2nd ship in the battle group line following the 4 König class of the VI Division. She sailed behind Kaiser and Prinzregent Luitpold. Early problems with her turbine at 16:19 forced her to stop the center shaft although it was repaired before she came into action.At 17:40 Nottingham fired a torpedo at Kaiserin at 16,500 yards which, not surprisingly, was wasted. Initially engaged New Zealand without any success. Joined in the shelling of Nestor and Nomad and around 19:00 fired at a four funnelled cruiser without any effect.As Defence and Warrior were being engaged between 19:14 and 19:17, Kaiserin engaged one ship of the British main battle line and landed a hit on the unidentified ship, possibly the Malaya (according to her logs). Fire was then switched to Defence. After Defence blew up at 19:30, she shifted fire to a ship behind her, possibly Tiger, but checked after two salvoes as visibility was so bad. At the 20:10, turn away, nearly collided with the Prinzregent Luitpold. Kaiserin hauled out to starboard to avoid a collision becoming the 7th ship in the line.