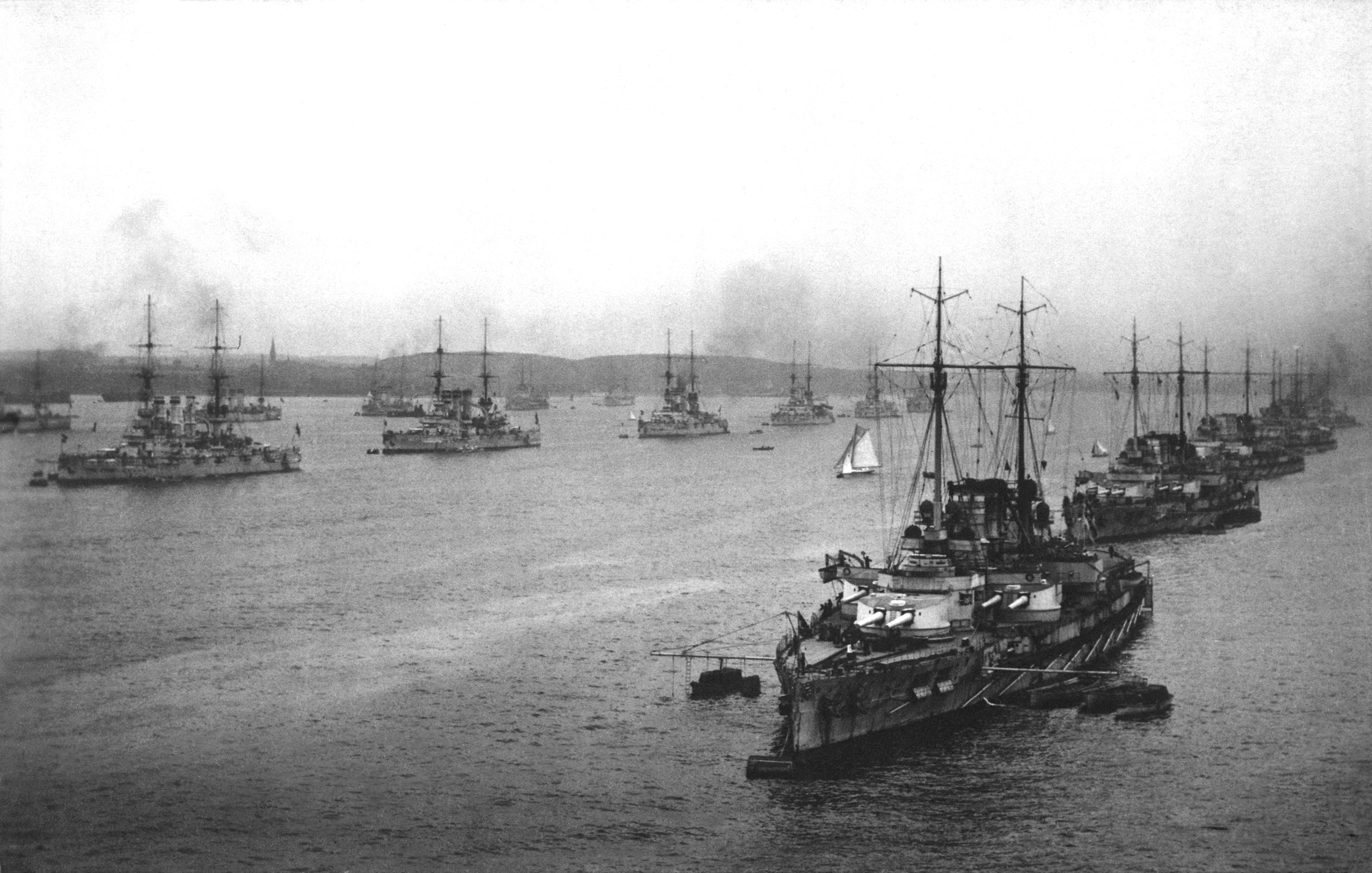 First and second battleship squadrons and small cruiser of the_-_.NARA 533188-2

All action times are stated as CET.17:48 - 17:52 briefly engaged the 2nd LCS but very poor visibility made it an ineffective action for either side. Engaged Nestor with the rest of the line.21:20 Posen was engaged by battle-cruisers of the 3rd BCS. Returned fire at 21:28 on Princess Royal and Indomitable at 10,000 yards.Struck Princess Royal at 21:32 and straddled Indomitable several times. Fire was checked at 21:35. At 00:30 the leading ships of the line were attacked by British destroyers. Posen rammed the light cruiser SMS Elbing as it crossed through the line. She was so seriously damaged that she was scuttled later in the night. Around 01:00 the British destroyers fortune, Garland and Porpoise were spotted. At 800 yards, Porpoise was quickly hit and sank, Posen's fire seriously damaged Fortune which still managed to loose off two torpedoes. Having succesfully evaded this threat, Posen joined the Westfalen who had illuminated the Ardent and shelled her at close range of 1,000 yards.