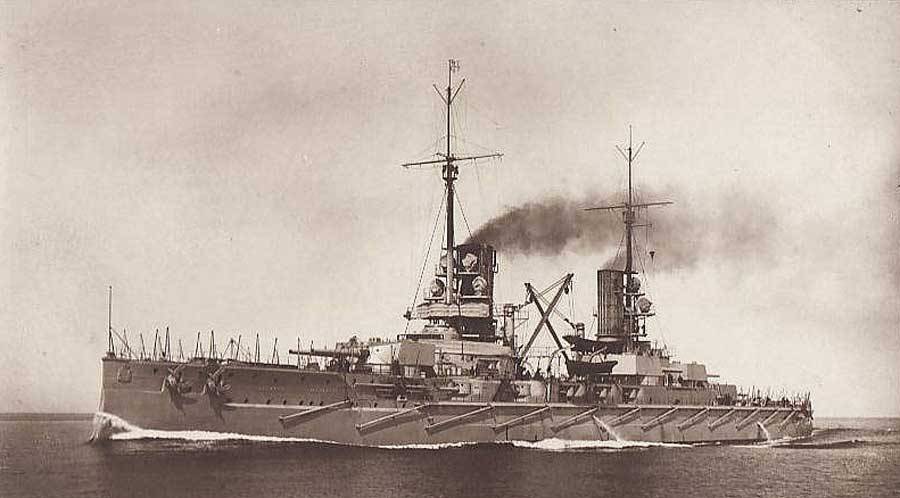 All action times are CETIn the VI Division of the III Squadron, Prinzregent Luitpold (PL) was 7th ship in the battle group line following the 4 König class of the VI Division behind Kaiserin. When Scheer gave the order to fire at 17:47, PL picked out a ship of Lion class ar 22,300 yards but shells fell short. Beatty's ships increased speed at 17:51 to distance themselves from Scheer's guns. The new target was Malaya at 19,100 yards but she also had faded into the gloom at 18:38.As others fired on Defnce and Warrior, PL fired on the main British battle line a distance of between 17,500 and 18,800 yards. She fired 21 salvos. Most were over-shoots (see WK b 2580)At the 20:10, turn away, nearly collided with Kaiserin who hauled out to starboard to avoid a collision. PL was now 8th ship, leading the III Division. She was completely undamaged in the battle.

2 shaft Parsons turbines with steam from 14 coal fired boilers.. Rating of 26,000 shp (but reached 38,751 in trials). Intended that the center shaft work on diesel but it was ready in time