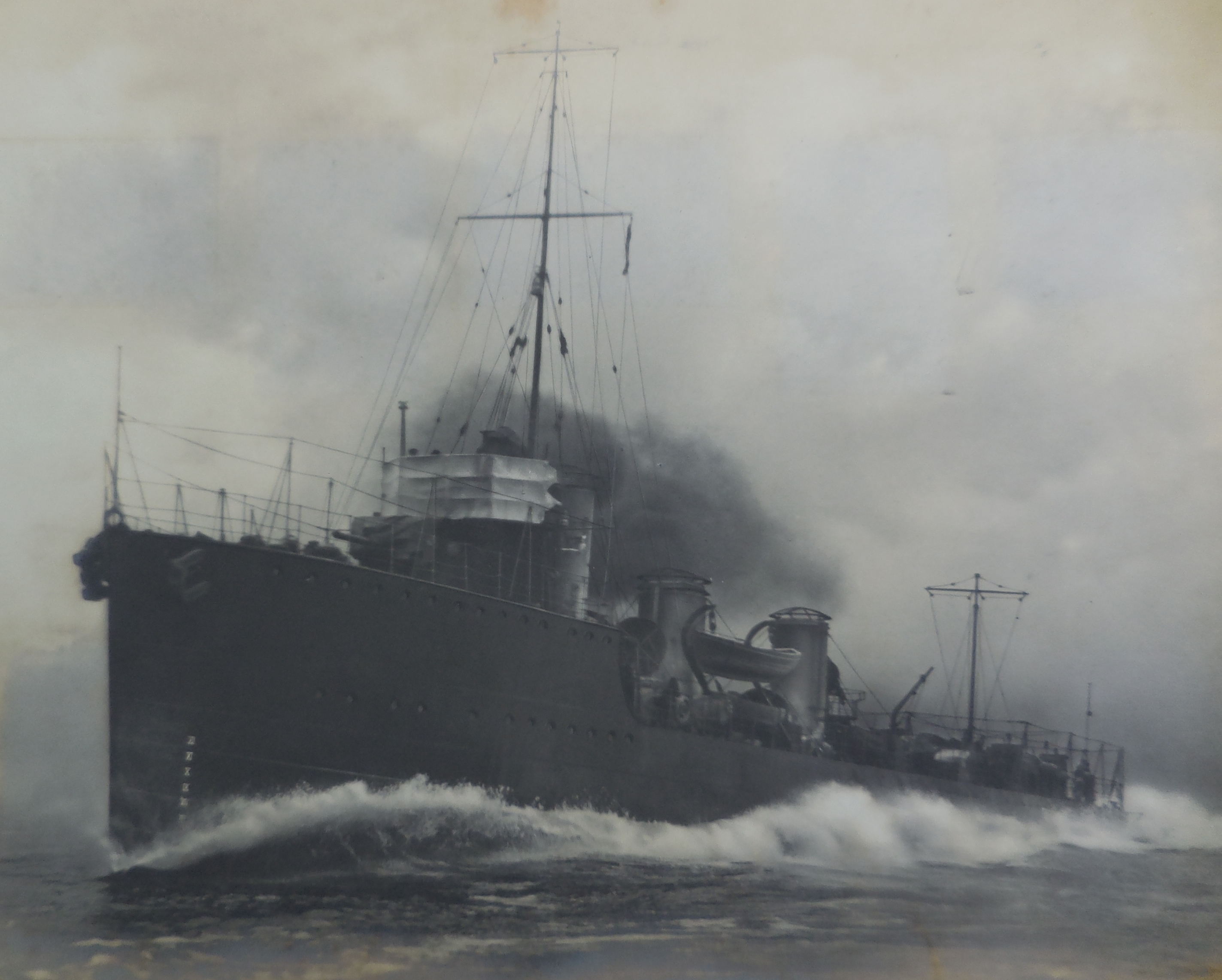 Jellicoe (based in Scapa Flow)

A POST TO THE IMPERIAL WAR MUSEUM'S "LIVES REMEMBERED" BY Nick JellicoeFirst Lieutenant Athelstan P. Bush served on HMS Spitfire at the Battle of Jutland when she was part of the 4th Destroyer Flotilla that engaged the German van trying to break through to the British line. Spitfire claimed to have collided with the SMS Nassau, a 28,000 Dreadnought. The evidence points to the fact that a British destroyer rammed Nassau but it is not absolutely clear that it was the Spitfire. If it was, the Bush was responsible for bringing the Spitfire back to the Tyne. He described the encounter “She was coming at us full speed across our port bow. The captain ordered, ‘Hard a starboard: full speed ahead both’, and leaning over the bridge screen, shouted ‘Clear the fo’c’s’le’. It wasn’t a minute too soon, as with an awful crash the two ships met end on, port bow to port bow, we steaming at almost 27 knots, she steaming not less than 10 knots (perhaps 20 or more).” The Spitfire was almost rolled over by the collision. Bush went on: “Fires started breaking out forward and to make matters worse all the lights were short-circuited, so that anyone going up to the bridge received strong electric shocks. Moreover, all the electric bells in the ship were ringing, which made things feel rather creepy. It was extraordinary the way the fire spread, burning strongly in places where one thought there was hardly anything inflammable, such as on the fore-bridge and the decks, but flags, signal halyards and the coconut matting on the deck all caught fire, and sparks from the latter were flying about everywhere. We thought the light would be sure to draw some enemy fire upon us, but fortunately it didn’t. There was a large hole in the base of the second funnel through which flames were pouring out, and every single hosepipe in the ship seemed to be cut by splinters and useless”.Crippled, the Spitfire limped along at six knots and somehow was able to get back to the Tyne 36 hours later, with her remarkable battle trophy: 20 foot of planking from the Nassau. The story goes that the Spitfire’s crew were given small mementoes cut up from the Nassau’s strake, part of her hull. Trelawny, the Spitfire’s commander, said later that a portion of the Nassau’s strake was sent to America as part of a propaganda campaign. Trelawny was out cold on the deck and command had been taken over by Bush who was able to steer from the aft.