BUILDING ON A FAMILY TRADITION | The Battle of Jutland - Centenary Initiative
25620
post-template-default,single,single-post,postid-25620,single-format-standard,ajax_fade,page_not_loaded,,qode-child-theme-ver-1.0.0,qode-theme-ver-9.1.3,wpb-js-composer js-comp-ver-4.11.2.1,vc_responsive

BUILDING ON A FAMILY TRADITION

05 Sep BUILDING ON A FAMILY TRADITION

Posted at 21:08h in Uncategorized by njellicoe 0 Comments
0 Likes
Share 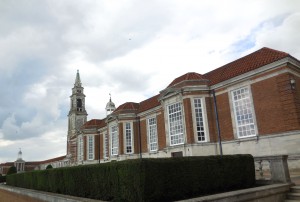 The foundation stone to the Royal Hospital School’s new Suffolk location was laid in 1927 by Admiral Jellicoe. Later Gwendoline, his younger wife, continued the tradition, as did my father, George Jellicoe when he was First Sea Lord. I visited the school today and discussed, as part of the Jutland Centenary Initiative, some of the plans currently in preparation.

A really exciting story will shortly be announced as we approach 2016. I am very much looking forward to working closely with the school.