DUKE OF EDINBURGH TO COMMEMORATE JUTLAND ON ORKNEY - The Battle of Jutland - Centenary Initiative
33785
post-template-default,single,single-post,postid-33785,single-format-standard,ajax_fade,page_not_loaded,,qode-child-theme-ver-1.0.0,qode-theme-ver-9.1.3,wpb-js-composer js-comp-ver-4.11.2.1,vc_responsive

DUKE OF EDINBURGH TO COMMEMORATE JUTLAND ON ORKNEY

09 Apr DUKE OF EDINBURGH TO COMMEMORATE JUTLAND ON ORKNEY

Posted at 11:28h in Uncategorized by njellicoe 5 Comments
5 Likes
Share

The Duke of Edinburgh plans to attend the Jutland Centenary commemoration services at St. Magnus Cathedral – which will have a field of poppies falling from the west window – and at Lyness naval cemetery. The Duke joined the Navy in 1939 and took part in the Battle of Matapan for which he was decorated for bravery with the Greek War Cross. He also served on HMS Ramilles and HMS Valiant. 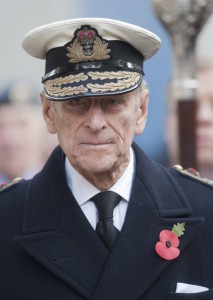 The Duke of Edinburgh was a serving naval officer during World War Two.