“MORE LIKE SHIP’S BILGES THAN A TRAIN” - THE JOURNEY TO SCAPA FLOW | The Battle of Jutland - Centenary Initiative
25636
post-template-default,single,single-post,postid-25636,single-format-standard,ajax_fade,page_not_loaded,,qode-child-theme-ver-1.0.0,qode-theme-ver-9.1.3,wpb-js-composer js-comp-ver-4.11.2.1,vc_responsive

Posted at 11:13h in Uncategorized by njellicoe 0 Comments
0 Likes
Share 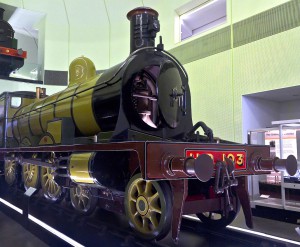 Glasgow No. 103 is the last remaining Highland Railway locomotive and could have been among those hauling the Jellicoe between Perth and Thurso. Copyright Dun Deagh (Riverside Museum, Glasgow.

The plan to re-launch the Euston to Thurso “Jellicoe Special” will happen in February 2017, it own centenary. The trains originally took Welsh coal and crews up to the Grand fleet at Scapa Flow and stopped in at many of the bases en route, Cromarty, Rosyth and Invergordon. Most of the coal was hauled on the Great Western Railway  (GWR) trains as they moved around 90% of Welsh coal, known as the best around.

Anyone who travelled on the Special, remembered it well. The trains were smoke-filled, draughty and cold. Often there weren’t any passageways in the carriages. It was also a long journey, anywhere between 18 and 24 hours.

Steam Dreams will operate the service which will end at Thurso and connect with a ferry link for the last stage of the Orkney journey.

The Importance of coal for the Royal Navy