Posted at 22:34h in Uncategorized by njellicoe 0 Comments
0 Likes
Share 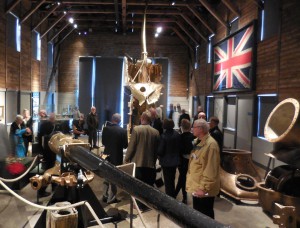 The restored conning tower of the British submarine, the E-50. In the background, HMS Iron Duke‘s Union Jack.

Gert Normann Andersen’s dream of the Sea War museum is now a reality. This afternoon, over 200 guests and VIPs gathered in the small northern Danish fishing village of Thyborøn to view the unique treasures that Gert has been collecting over a lifetime. It’s an astonishing accomplishment and a tribute to a a quiet and very modest man full of passion, determination and great heart. The success has only been accomplished by a tremendous team effort – Gert Normann, architect Eskild Bjerre Laursen and the community of Lemvig, represented by the Mayor, Erik Flvyholm. The spirit of this team’s close collaboration was very evident.

The museum tells the story of the First World War’s naval struggle without commentary, without bias, wanting visitors to take their own impressions and opinions with them when they leave. But once inside it’s hard to leave. Visitors are taken through the war years in a fascinating series of experiences and artefacts. Each room, each corner has its own story. From U-22’s torpedoing of the three old British cruisers, MHS Hogue, Cressy and Aboukir, the scuttling of the German fleet at Scapa Flow but also the terrible physical and mental suffering that the  war left in its wake.

The next dream is already on the horizon. A Jutland Memorial Park is in the final stages of planning and is hoped to be opened in time for the Centenary in 2016. 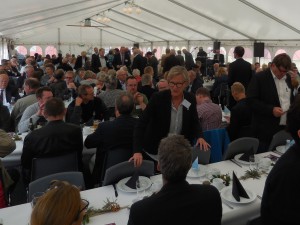 Guests and VIPs came from Holland, Germany, the UK and Switzerland to see the new museum and hear about plans for the future. 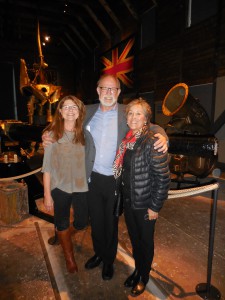 Bente and Gert Normann Andersen with my wife, Trish. 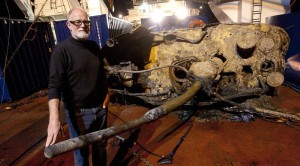 The E.50’s conning tower half way through restoration.