27 Nov TICKETS ON SALE FOR 2016 HIGHLAND MILITARY TATOO. JUTLAND TO BE FEATURED.

Posted at 09:03h in Uncategorized by njellicoe 0 Comments
0 Likes
Share

The Battle of Jutland will be featured as part of the Inverness Highland Military Tatoo and tickets go on sale today (Via Ticketline www.ticketline.co.uk/highland-military-tattoo or 0844 888 9991; at Eden Court box office on 01463 234234 or www.eden-court.co.uk; or at the Highlanders’ Museum at Fort...

Posted at 00:22h in Uncategorized by njellicoe 0 Comments
0 Likes
Share

[caption id="attachment_32913" align="alignnone" width="300"] The 16 year old Jack Cornwell remained manning his gun on HMS Chester despite mortal injuries[/caption] The National Museum of the Royal Navy is launching a crowd sourcing appeal to help fund the restoration of Frank Salisbury's painting of the young gun-layer...

Posted at 00:09h in Uncategorized by njellicoe 0 Comments
0 Likes
Share

[caption id="attachment_32909" align="alignnone" width="300"] Built by Blohm and Voss, the B.98 saw service at Jutland but ended her career as the mail delivery boat at Scapa.[/caption]   Two of the deck guns from Jutland, one of the German destroyer B.98, the other from HMS Opal, are on...

Posted at 10:40h in Uncategorized by njellicoe 3 Comments
0 Likes
Share

[video poster="https://www.jutland1916.com/wp-content/uploads/151029_Jutland_WebTeaser2-3-def.jpg" width="1920" height="1080" mp4="https://www.jutland1916.com/wp-content/uploads/151029_Jutland_WebTeaser2-3.mp4.mp4"][/video]     The Battle of Jutland Centenary commemorative site opens today commemorating the fallen of both navies. It is being built (we’re not there quite yet!) for educators, historians and anyone seriously interested in understanding the decisive naval engagement of the First World...

Posted at 23:25h in Uncategorized by njellicoe 0 Comments
0 Likes
Share

The outline of the plans for the commemoration of the Battle of Jutland were announced today. No details were given but they include commemoration services in St. Magnus Cathedral Kirkwall (Orkney) Wilhelmshaven and Laboe (Germany) and wreath-laying ceremonies in Scandinavia and, of course, the naval cemetery at Lyness. There will also be a meeting of the Royal Navy and the Deutsche Marine at the Jutland Banks as well as an opening ceremony on the only surviving ship from the battle, HMS Caroline, in Belfast. Many other commemorations will take place around the UK including Chatham, Plymouth and Portsmouth. The four Victoria Crosses awarded at Jutland will be specially commemorated to the memory to Boy First Class Jack Cornwell, Major Francis Harvey, Captain the Hon. Barry Bingham and Commander Loftus Jones.
Read More

Posted at 19:03h in Uncategorized by njellicoe 2 Comments
0 Likes
Share

The Government is set to announce the plans for the commemoration of the Battle of Jutland next year. Lyness Cemetery and HMS Caroline will both feature strongly and there will be a North Sea wreath laying for the almost 9,000 sailors who lost their lives...

Posted at 18:50h in Uncategorized by njellicoe 0 Comments
0 Likes
Share

The BBC News reporting on Jutland from the cemetery at Lyness in the Orkneys.... 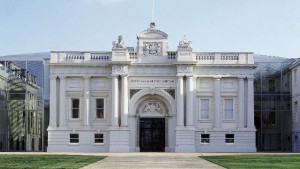 The National Maritime Museum, Royal Museums Greenwich[/caption]     The National Maritime Museum has just announced the opening of the Jutland Centenary Exhibition for 2016. Jutland will be positioned as the turning point of the war at sea after which - when a Fleet-to-Fleet encounter was no longer seen as having a potentially favourable outcome - Germany turned to unrestricted submarine warfare in February 1917. By year's end, when it was clear that this alternative strategy had failed, the German navy's fighting morale started to collapse. Despite Jellicoe's success at defeating the submarine challenge, he was dismissed from the post of First Sea Lord on December 24th 1917, Christmas Eve.
Read More

Glasgow No. 103 is the last remaining Highland Railway locomotive and could have been among those hauling the Jellicoe between Perth and Thurso. Copyright Dun Deagh (Riverside Museum, Glasgow.[/caption]                     The plan to re-launch the Euston to Thurso "Jellicoe Special" will happen in February 2017, it own centenary. The trains originally took Welsh coal and crews up to the Grand fleet at Scapa Flow and stopped in at many of the bases en route, Cromarty, Rosyth and Invergordon. Most of the coal was hauled on the Great Western Railway  (GWR) trains as they moved around 90% of Welsh coal, known as the best around. Anyone who travelled on the Special, remembered it well. The trains were smoke-filled, draughty and cold. Often there weren't any passageways in the carriages. It was also a long journey, anywhere between 18 and 24 hours. Steam Dreams will operate the service which will end at Thurso and connect with a ferry link for the last stage of the Orkney journey.
Read More