HMS Barham was one of five fast battleships of the Queen Elizabeth class. 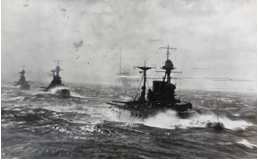 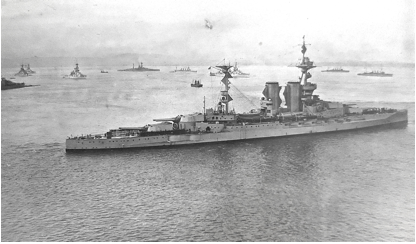 She was commissioned on August 1915, and at Jutland, as Rear Admiral Sir Hugh Evan-Thomas’ flagship received six hits. With one of her sister ships, HMS Valiant, the two made 23-24 hits on evenmy ships during the battle, mostly in the so-called “Run to the North”. 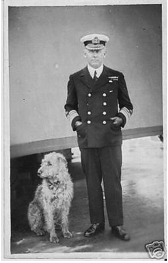 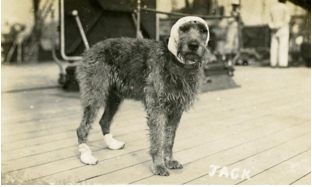 Her end in the Mediterranean in the Second World War was as a result of a torpedo attack. The full explosion was horrific and captured on film from rolling over to catastrophic explosion.

The terror of battle did not end when peace finally came

Michael’s grandfather was still a teenager at the time of Jutland. The 19 year old St.Helier-born Tom Parris was serving on HMS Barham, Rear Admiral Hugh Evan-Thomas’s flagship. He was working deep down in the bowels of the ship, part of a gun crew, feeding the giant 15” shells up in to a lift from the magazines to one of the turrets above. 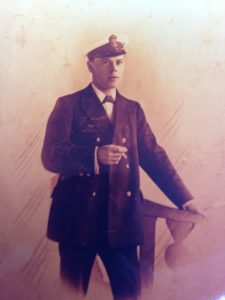 Barham was one of the Queen Elizabeth-class super dreadnoughts serving as part of the 5th Battle Squadron, along with HMS Warspite, HMS Valiant and HMS Malaya (HMS Queen Elizabeth did not participate in the battle: she was in dry-dock). The 15-inch gunned ships were the most powerful on the seas that day.

During the battle-cruiser engagement, Barham was hit multiple times by German gunfire and quite severely damaged. She had joined Vice Admiral Sir David Beatty’s run to the south late as Beatty had raced after the Germans without waiting to consolidate his mixed battle-cruiser-battleship forces before being engaged by Hipper. Nevertheless, the four battleships’ firepower, when brought to bear, was not only significant but probably saved Beatty by protecting his rear when he eventually turned north to lead Scheer and Hipper into Jellicoe’s waiting guns.

Tom’s gun crew were trapped deep down in the ship, in an ammunition compartment in the turret’s barbette. They had no electricity or light and kept working despite being the compartment being flooded and, for many hours, out of communication with anyone else inside the ship. So bad were the conditions that they were sure the ship had actually sunk with them trapped inside an air pocket. Unsurprisingly, one of the gunners was so traumatized that he never recovered.

When rescue finally came and Tom was able to get to the main deck, the scenes of
carnage he saw were appalling. Pieces of sometimes recognisable (although usually not) human remains were everywhere, splattered all over the ship’s superstructure. Tom never slept again without a light or candle burning beside his bed. He couldn’t bear to be in the dark ever again. For the rest of his life, the next fifty years, the ghosts of Jutland remained. He died in 1968 just six years shy of meeting his grandson, Michael.