One of the four Queen Elizabeth class battleships at Jutland serving under the command of Vice Admiral Sir David Beatty, the Malaya was heavily damaged at the battle but « gave as good as she got ». 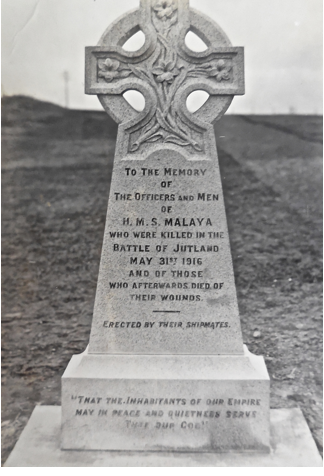 Not all of Malaya’s dead were buried on land. In fact, one of the most poignant photos that I have of Jutland is the burial at sea from Malaya after a signal had been sent Jellicoe, acknowledged and agreed to:

“5th Battle Sqn to Jellicoe – Permission for Barham & Malaya to commit some KIA to the deep. Reply: Approved”. 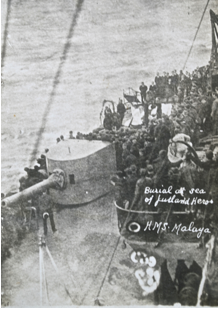 Burial at sea of Malaya’s fallen at Jutland (private collection)