On the 23rd August this year (2016) the very last wreck from Jutland was found. That’s extraordinary, one hundred years after the event that the sea had not given up her secrets. The discovery was made by the joint efforts of Gert Normann Andersen, the prime mover behind Denmark’s new Seawar museum in the small fishing town of Thyborøn, and Dr. Innes McCartney, naval archeologist.

She lies at 83 metres where she went down when HMS Engadine finally had to cut the hawser. Her crew evacuated calmly and professionally. Able bodied first and then wounded.

A new book was published about the experiences of an ERA (engine room artificer) on the ship. Rosemary Parr’s book writes about the terrifying experience of her grandfather, stuck with water up to his chest and unable to get out. His own and the sheer courage of other ERAs was moving and deeply moving. 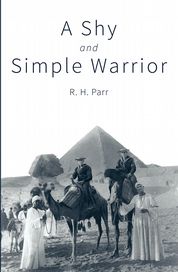 Lieutenant Commander Rob Whitworth (Royal Navy) whose Great Grandfather, William Henry Swan served on board HMS Warrior as Chief Engine Room Artificer  during the Battle of Jutland, said: “Researching my Great Grandfather’s role during the battle has helped me to understand my family’s place in history. It’s easy to become overwhelmed by large numbers and to lose sight of the personal stories of those that took part. Speaking to descendants and remembering their families’ individual stories helps to preserve the memories of those that lost their lives. I’m proud to be able to share my Great Grandfather’s story and would encourage others to do the same and attend events in 2016”.