Passing history on. A meeting in Lyness

Earlier this year, on a rainy visit to the Lyness naval cemetery I met with the Head Gardener for the Scottish War Graves Commission, Graham Hobbs. He’d been tending the graves with so many names that I recognized but Malaya and Barham made a strong impression on me. Together, we also looked at the German graves. For the unfortunate – and unarmed – sailors who were coming ashore when their ships were being scuttled. It was June 22nd 1919. The few guards that were there panicked.

Graham and I both had grandfathers at Jutland. His grandfather was a boy signaller on King George V which he’d joined in November 1915. He’d celebrated his 17th birthday just nine days before the battle. We both regretted that neither of us had been able to talk with our grandfathers about what they’d experienced. Graham as he was too young, myself because my grandfather had already died in 1935. So for both we did not have that personal connection with the story of Jutland.

So what would Edward’s role have on the day? Particularly when the Equal Speed Charlie London penant was hoisted on Iron Duke? Edward, on the bridge or the flag deck, would have his orders to watch for flag hoists from the ships astern as the Admiral’s messages were passed up the line. He would be focussed particularly on hoists from HMS Ajax, immediately astern and HMS’s Centurion and Erin following Ajax. 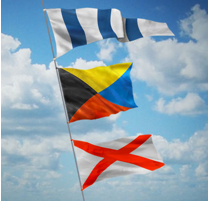 With the signal Equal Speed Charlie London Jellicoe, on the bridge of HMS Iron Duke ordered that the Grand Fleet transform its structure from 6 columns of four dreadnoughts to a single battle line steering course Southeast by East, while maintaining the current speed.

To a boy signalman on the flag deck it would have been a most exhilarating time. Nervous with anticipation at the prospect of his first action, the grand spectacle of the Grand Fleet spread out beside and behind. The Boy Signalman would have been kept busy with important jobs to be done, but still keeping his eyes on the ships in company’s yardarms, waiting for orders from the flagship

The second that the flaghoist Equal Speed Charlie London was hoisted on Iron Duke or a relaying ship, young Edward would have immediately repeated it, at the dip, and reported to the Yeoman of Signals. 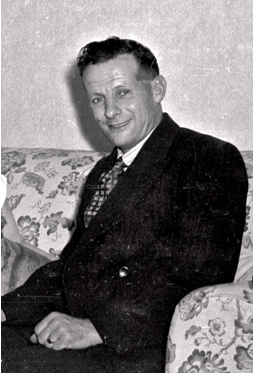